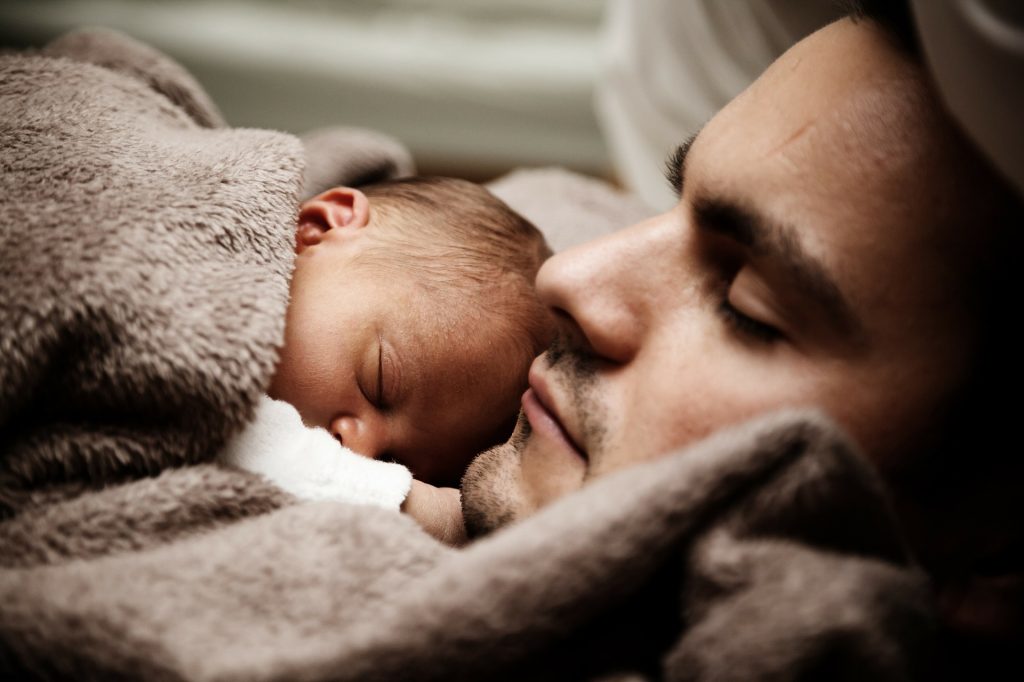 A Father Is Born

When a baby is on the way, everyone talks about the mother. Motherhood is a powerful force. The changes that happen in a woman’s body and brain all prepare her for motherhood as her baby is growing and preparing for birth.

But what about fathers?

What makes a father? Are they merely bystanders in the drama of birth and baby? Are they expendable? Indispensable? Important? Disposable?

Recently, there has been quite a buzz in various scientific circles about the mystery of fatherhood. It turns out that fathers are much more than bystanders and definitely not expendable, but the way a father is born is much different from how a mother is made.

Biologically speaking, motherhood begins at the moment of conception when a flood of hormones begins a complex series of reactions that occur in the brain and body of a woman. These reactions rewire the brain of a woman, preparing her for motherhood. It has been discovered that a similar series of brain changes occur in fathers, but they don’t begin their cascade of reactions unless the father spends time with his child.

When fathers hold, cuddle, play with, and attend to the needs of their children, the same sorts of chemical and hormonal reactions that hard-wire mothers to be mothers happen in the brains of fathers. However, unlike mothers, whose brains and biology change involuntarily, fathers have a bit of a choice. If they choose to not be involved with their children, if they are absent or very hands off, they won’t benefit from the cascade of hormones and brain chemicals that hard-wire them to be fathers.

So What Does This Mean?

There is a lot of good news here! It means that fatherhood isn’t just “learn as you go” it comes from within. Knowing this can take the pressure off when it comes to new dad jitters. It also means dads need to spend time with their babies, in their own ways. The way a mother interacts with her child is not going to be how a dad relates to the same child—and that’s OK! It’s healthy! It helps Dad become Dad! New moms are (rightfully) protective of their babies, and sometimes, this means that they want Dad to interact with baby the same way they do. But this, in fact, can stifle the bonding that has to happen between father and baby. It’s important for fathers to find their own fatherhood groove. As they do, they begin to build the bond that makes them dads in their brains. This bonding and relationship is necessary and healthy for baby, too!

What If My Baby’s Father Isn’t Around?

In the complex world of brain science and biology, much is still unknown. More and more discoveries are being made that help us better understand who we are and how we work. One very interesting aspect of how men’s brains change into “dad brains” is that it is based on time spent with their babies. It is the holding, caring for, soothing, and playing that causes the chemical reactions to start their work on transforming a man’s brain into a father’s brain. Because of this, there is a growing consensus that if a man assumes the responsibility or role of a father figure, even if he is not the baby’s biological father, the same sort of bonding can occur—for both the man and the baby. If your baby’s biological father is not in the picture, allow another man to become important to your baby: maybe a grandfather, uncle, brother, or close family friend. We know that babies benefit for the rest of their lives from bonding with a father. If the biological father is not available, it is healthy for babies to have a father figure in their lives.

If you are a new father, or soon will be, it’s all right to feel nervous! Fatherhood is a big deal! Fatherhood is important! The role you play in your baby’s life is vital to his or her health and well-being. It can be comforting to know that you have science and biology on your side, helping you to become the best father you can be for your little one. So don’t be afraid to hold, to cuddle, to care for, and to attend to your baby’s needs! As you do, you will be strengthening your relationship and exercising those new dad brain waves!

What You Need to Know about Paternal Support

When Paternal Involvement isn’t an Option

Asking for an adequate wage may feel awkward, but

Where there is a challenge, there are also opportu

Check out our advice from moms who do double duty